The Reporting Session “What We Learned Through Visiting Canadian Forests” 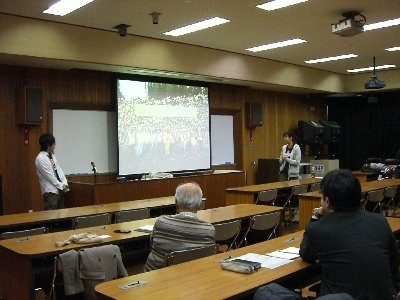 The Forest Science Department of Kyoto Prefectural University and the Kyoto Model Forest Association Jointly Hosted the Reporting Session “What We Learned Through Visiting Canadian Forests”.

First, Dr. Kazuhiro Tanaka, Vice President of KPU (Vice Director of KMFA), gave his opening remarks and presented the history of the collaboration between Laval University and KPU.

Tanaka Hiroko, a secretariat staff of the KMFA, who visited Saskatchewan in July, reported on the Prince Albert Model Forest project and the collaboration with the international model forest network. The commitment of the indigenous communities and the occurrences of large-scale forest fires were also reported. 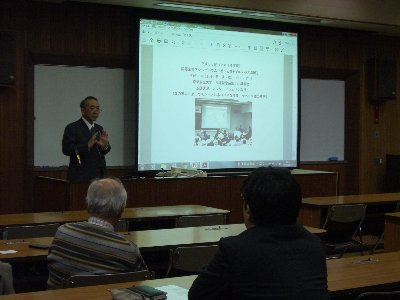 Then, the graduates of the Forest Science Department of KPU, who visited Laval University in September, presented what they learned during their site visit to Laval University, including their huge forests, the laboratory, the local national park, and other local forestry companies. They also reported on the forest management system adopted there, called Ecosystem Management, and the management of the Lac Saint-Jean Model Forest in Quebec.

The participants discussed the differences between Canada and Japan so that they could broaden and deepen their knowledge of the forests.