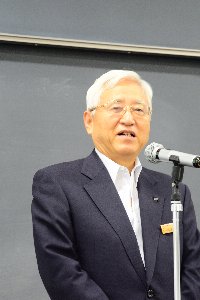 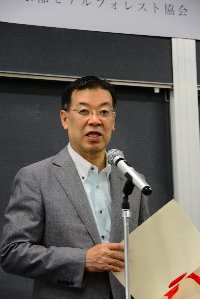 After congratulatory words by Mr. Keiji Yamada, the governor of the Kyoto Prefecture and Mr. Yoshihiro Ueda, Chairman of the Kyoto Prefectural Assembly, a celebration video message from Peter Besseau, former Secretary General of the International Model Forest Network, was presented to the audience. There was also a message from Mr. Fusho Ozawa, former Director-General of Forestry Agency, who was an advisor to the association and who worked with Mr. Besseau when the KMFA was established. 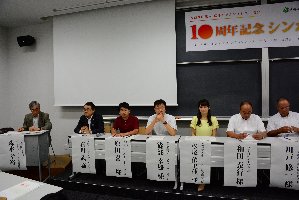 In the second part of the symposium, the keynote lecture on the establishment and the history of KMFA was presented by Dr. Kazuhiro Tanaka, Vice President of Kyoto Prefectural University, and the Vice President of the KMFA. In the panel discussion that followed, Dr. Yukihiro Morimoto, Professor of Kyoto Gakuen University, facilitated the panelists’ discussion including topics such as private companies, volunteers, forestry organizations, and local governments.